The Arts Council of England funded Opera Nepomuk and some of the events in the first year of Project Nepomuk.  These following planned events took place from June 2017 to the performance in concert, in June 2018, of the opera Nepomuk. 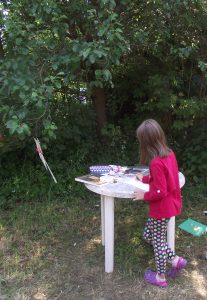 Art workshop in the garden June 2017.

Stage two is the second phase of creation 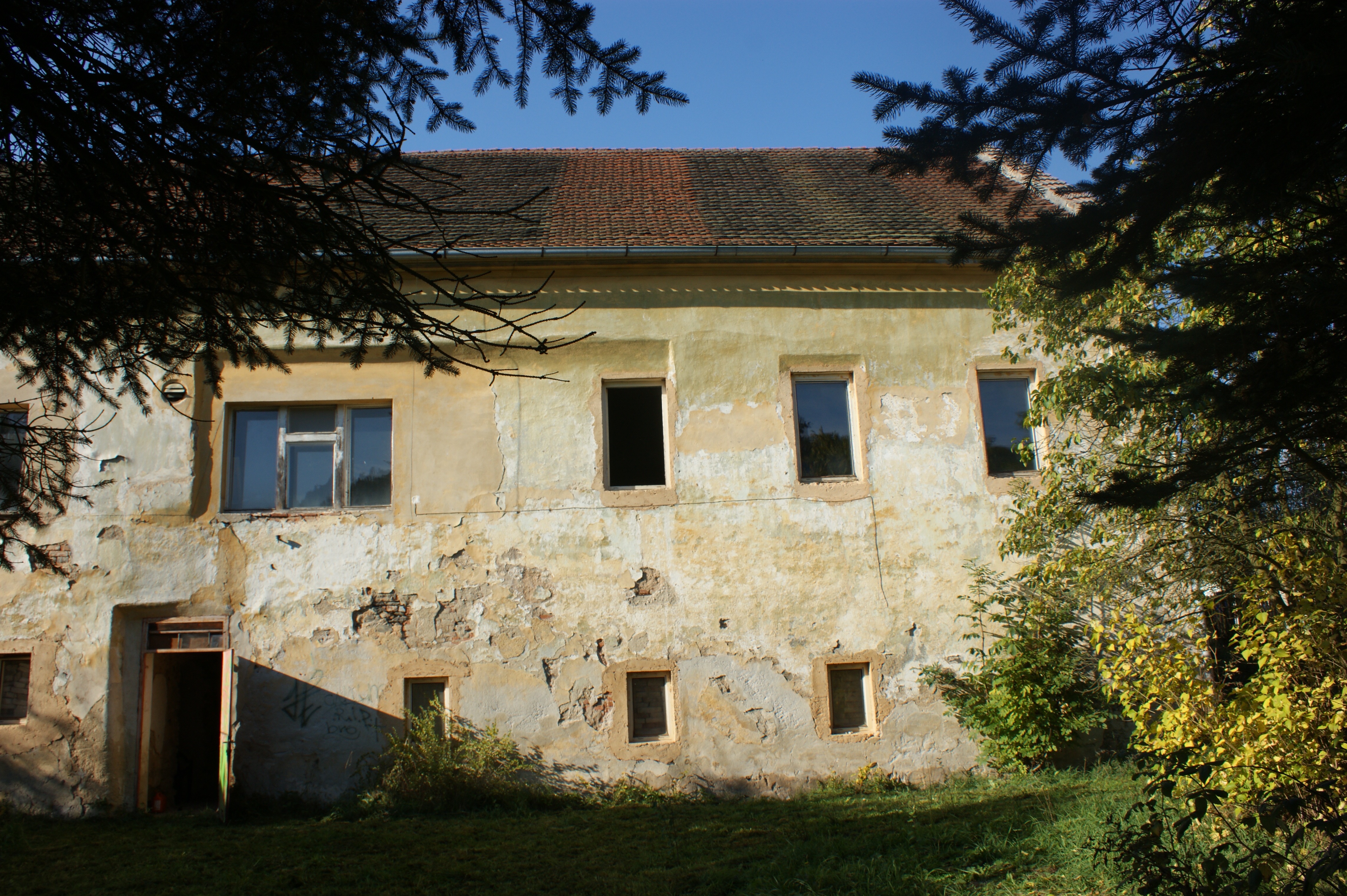 The Monastery at Klaster Nepomuk (picture above), the inspiration for the name and project,  has hosted some of the Project Nepomuk events.

Artsists from Liverpool visited The Monastery Klaster in June 2017 and worked on artist projects with local Czech people (see more in following blog). This was the first stage of the cross border cultural co-operation. 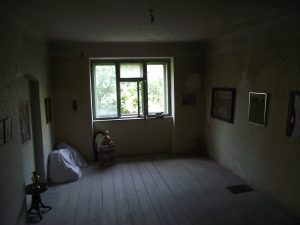 A room in the house used as an arts studios space. Present art installation created in June 2017 by Jane Lawless. 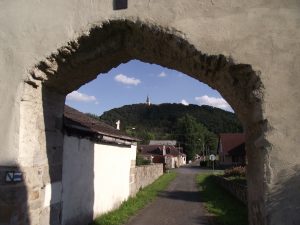 A medieval arch in Klaster with Zelena Hora (Green Mountain) in the background.